Thermokinesis – The Ability to Manipulate Temperature 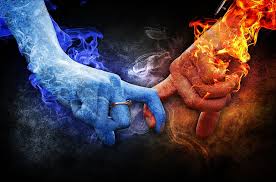 Thermokinesis is the ability to control and manipulate temperature. Some may say that thermokinesis is only limited to manipulating heat, but that is false; it extends further than just the manipulation of heat. Other powers that are linked to thermokinesis are cryokinesis and pyrokinesis. Cryokinesis is best known as the ability to lower atoms kinetic energy which will inevitably lower temperature; cryokinesis is mainly used to control and manipulate ice. With this power you can freeze objects and people and can also give one the ability to inflict hypothermia upon a person which in some cases can lead to death. Although cryokinesis can be an intriguing and useful power, it also holds the potential to be life threatening which is why I press caution when wielding this power, along with pyrokinesis and thermokinesis. Pyrokinesis is the ability to manipulate fire; this includes causing enough of a riot between atoms in an object that it leads to the object setting alight. Wielders of this power have the ability to create fire without any ignitions or entrapment keeping the fire at bay or helping it along. This power can be very dangerous when one has poor intentions; although I can not tell you how to use this power, I do encourage you to use it carefully and with the right intentions, which would be for good, not for bad.

As thermokinesis is based around the manipulation and control of temperature, it has many uses in every day life. To some this power will seem dull and not as intriguing as other powers such as biokinesis, the ability to manipulate bodies or neurokinesis, the ability to manipulate thoughts. Besides this, like all powers, they possess something greater than you and I. In this case, it holds the potential to lower or higher temperatures. There are plenty of ways thermokinesis can be of use in either every day life or just on the off occasion.

Firstly we will talk about the heat side of thermokinesis. An example of what one can use this power for is to create fires, more specifically, if you were going camping and you had accidentally forgotten the fire lighters or matches a wielder can use thermokinesis to make a camp fire. This would also save more money for people that camp regularly as they would not have to spend as much money on fire lighters, matches and in some cases lighter fluid. Another example would be making food; using thermokinesis to heat up food would be an excellent way to reduce the time that food takes to cook. Although to get this right one would have to be focused and train hard in order to control the amount of heat that one is controlling and not to under do it or over do it. The final example that I will talk about is to use thermokinesis to heat up the atoms in your body in order to produce a higher temperature. This would be a very useful thing to do if you are in the cold or snow as you can heat up your body to a certain degree in as not to be freezing.

Now that we have talked about the heat side of thermokinesis we will talk more about how the cold aspect of this power can be helpful. One who yields this power can manipulate temperature to decrease which can be used if you have ice; for example when camping and there are no shops around that sell ice, it would help immensely to keep your food and drinks cold. By using thermokinesis one will have the ability to turn objects to ice or to lower body temperatures if you are overheating or would like to feel colder than your normal body temperature. The final use that I will talk about for thermokinesis will be for if an appliance, such as your freezer had stopped working and your food started to melt. By using ones power it would help to keep the freezer running and cool until you can either get a new one or fix the old one. 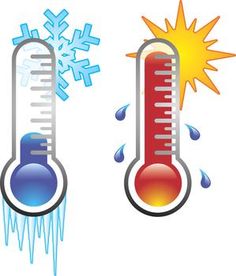 With every power, there are always strengths and limitations. With thermokinesis there are not as many limitations to which have to be upheld like other extreme powers but that does not mean there are no limitations. With thermokinesis, range is a major factor to how powerful your ability can be. If within a close proximity to the person or object on which one would like to use their power on it will create a much stronger and stable force and is much better way for one to learn because of the closeness of the object or person. If the wielder is using their powers on an object or person in a far distance, the capacity of one’s ability will be unstable and hard to focus on as there would be too much range between the wielder and the object or person. The strengths to which thermokinesis can prosper up to is determined by different factors such as oxygenated air, which can be dangerous when heating objects up and creating fires as the oxygen can make the fire strenuous and out of control; this is where limitations for this situation comes in. If this were to happen, it would be easy to control if a wielder is well trained and able to control such a thing as chaotic fires. If a wielder has not reached this point in their training it will be a lot harder to manage and control as they have not practiced it enough and have not become familiar with chaotic fires. The strongest that one can physically and mentally reach determines on you as a person. There are no specifics to what each individual can uphold but this does put a limit to what one can reach using thermokinesis.

The limitations to which a wielder can come across when practicing thermokinesis are different for each element of the power that one focuses on. Apart from the range limitation to which was spoken about in the previous paragraph there is also the energy and weight factors that can limit the strength of thermokinesis upon certain objects and people. Although it is easier to use this power on a human being, there are certain limitations that have to be taken about. These include the size of the person, their ability to withhold pain for a long period of time, their willingness to participate in your progress and their medical conditions. If using someone to practice upon be sure to check if their are any dangers to them such as medical conditions as this can be dangerous to them and their health. When using thermokinesis on objects it is less risky and can still be an effective learning experience. I push caution to anyone who wields this power as there are many risks associated with performing thermokinesis. I do not wish to turn you away from learning this power as it is a great ability to have and can be very useful.

Overall, thermokinesis would be an amazing power to wield and is a great power to learn as it can give you the ability to do things you never thought a human being would be able to do.